The future of avocados in Peru lies in clonal rootstocks. 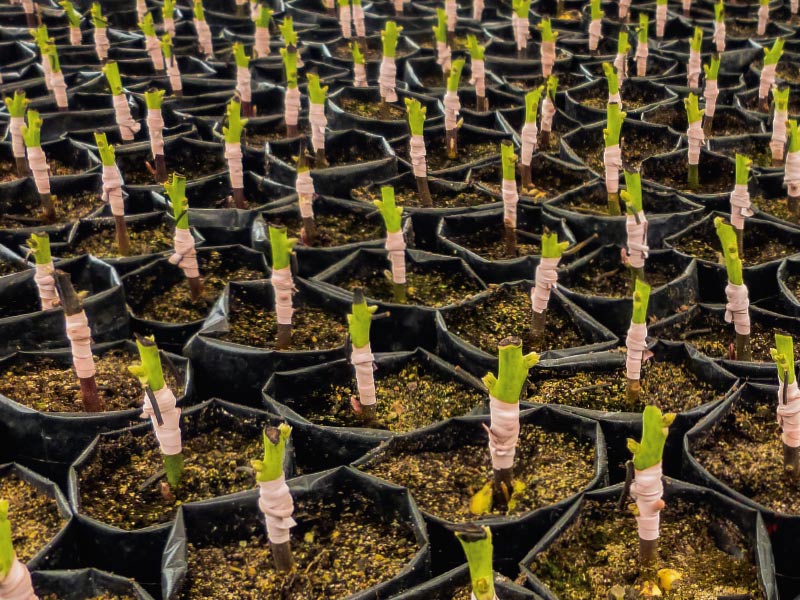 We spoke with Omar Diaz, operations manager of Camet Trading, who explained how the company, which manages for export more than 1,800 hectares dedicated to the cultivation of Hass avocados, has been incorporating this technology and seeing its benefits over time.

We have a nursery in Chilca, where we have been experimenting for 5 years, to perfect the technique of clonal propagation of plants, helped by 2 large nurseries, Brokaw nursery in the USA and that of the Westfalia Fruit company in South Africa.

According to Diaz, the most distinctive feature between conventional rootstock propagation and clonal propagation is that in the latter, nurserymen manage to produce plants that uniformly possess genetically superior characteristics, such as disease resistance, higher productivity and tolerance to salinity.

This technique has been used for many years in other countries and in Peru. At the commercial level, we have been using it for the last two years.

Currently, we have in different areas about 10 hectares with plants that have been produced with this technique. In 2017, we are using the clonal propagation technique in the nursery to cover about 60 hectares, which would be planted in the summer of 2018.

Díaz comments that one of the main advantages of using this technique is that there is no genetic variability in the rootstock, that is, the clonal rootstock is identical to the mother rootstock. It also generates greater root growth in the plants.

We have seen that the root system of clonal rootstocks generates 20% to 30% more roots than that of a seedling. This also allows the plant to better absorb nutrients and water, thus, achieving better and more uniform development during its lifetime.

To these advantages, Diaz adds that the calibers have also proven to be more uniform and a little larger, but an important point is the productive longevity of the fields, since in his opinion, those from seed plants present a higher percentage of recalce, while in those from clonal rootstocks, it is lower and the fields become longer-lived.

However, Diaz says that some adjustments are still being made in the fertilization plans of the plants, since as they absorb more of the nutrients, we must be careful not to use too high doses of nitrogen, so as not to over-vigorize the plant.

This is quite a high production for the age of the plants, and is also due to good weather, soil and water conditions.

Diaz made this comparison with a field with Zutano rootstock of the same characteristics and ages of the plants, in which he gave a result of 6 ton/ha and 15 ton/ha, respectively.

The future: 100% replacement to clonal plants

Camet Trading is carrying out a replacement plan in some of the fields it manages, switching to using only clonal plants. However, research continues, specifically in the choice of rootstocks to be used.

We are currently working with the Dusa rootstock developed by Westfalia Fruit in South Africa, which is very productive, tolerant to Phytophthora and slightly resistant to salinity , and we are testing other West Indian rootstocks resistant to saline soils, but these are still under research, while Dusa is already patent registered and at a commercial stage.

Díaz also adds that the company plans to install an experimental field with clonal rootstocks of avocado, mango and citrus in the La Libertad Region by 2018.

In addition, we are in the land evaluation stage with the prospect of a commercial field in that same area.

Díaz also said that the company would soon have two superior varieties available for its growers, Carmen (early harvest) and GEM (late harvest).

The high quality GEM variety, developed by the University of California, is of particular interest to Peruvian growers due to its consistently high yield per hectare and late harvest.

Both GEM and Carmen are registered and protected varieties. Peruvian growers who use them do so under licenses granted by Brokaw Nursery in California.

Our main interest is to give our growers the necessary tools to produce more and expand production windows, earlier or later, thus increasing the profitability of their crops and greater availability of fruit destined for export.

Díaz comments that although the new avocado plantations with clonal rootstocks are not yet being produced at an important commercial level, the great leap will be made next year, when there will be greater availability of clonal plants.