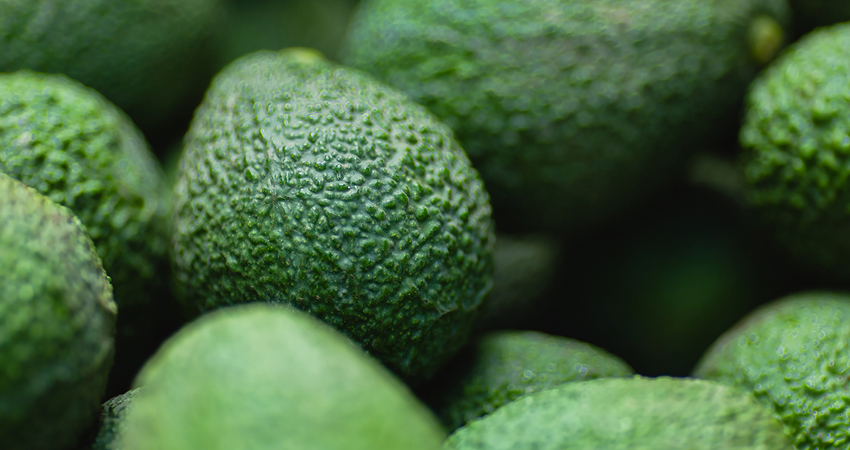 In April this year, we published a summary of the global avocado market. Since the produce is in such demand, we decided to take another look at the overall situation. Currently, market conditions are similar to those of a few months ago: good demand and high prices. Global consumption of avocado is growing fast, faster than production. Although the planted area worldwide is growing at a fast pace, production still cannot meet demand. More and more markets are opening up to import and export. Sometimes, prices have soared. What is the maximum price that consumers are willing to pay?

Mexico focuses too much on the U.S.A. The Mexican avocado season is ready to start. Producers have had some disagreements over the exact date of the start of the season, as the market price levels have been relatively low. This is because the U.S. market has been saturated. Now, producers have agreed to avoid this and are planning to stop concentrating so much on U.S. shipments and they are looking for other customers. During the 2015/2016 season, Mexico exported over 1 million tons of avocados worldwide. Of these, 860,000 tons were shipped to the United States and more than 15,000 tons to other markets. This year, the destinations other than the United States, that imported the most, were China, South Korea and Europe. By expanding to other markets, Mexican producers hope to obtain better prices.

U.S.A.: California imports less from Mexico. Avocado prices are good. This has to do with the fact that fewer imports come from Mexico. In recent years, demand in California has increased sharply and California traders have benefited. Demand is particularly high in the summer. On July 21, a box of 32 ‘Hass’ avocados cost between US$ 59.25 and US$ 62.25. For the rest of the summer, expectations also point to a good market situation. For the fall, more quantities from Mexico are expected again, since production will return to good levels. The reason that Mexico is exporting less right now is that two production regions are transitioning to a new harvest.

Chile increases exports to China. The Chilean ‘Hass’ avocado industry exported 90,000 tons last year. Much of this quantity went to China and in the new season, it is expected that much more than that will be sent to that destination. The Chinese market was opened in 2014; and since then, the quantity has sharply increased. In addition, Chile has managed to obtain good prices. Last year, the country exported a total of 5,300 tons; and this year, it is expected to double that figure. In the 2015/2016 season, Chile produced 180,000 tons; and for 2016/2017, a volume of 200,000 tons is expected. Avocados are the second most important export product in the fruit sector.

Peru: “El Niño” causes stress. A few weeks ago, Perus exports were reduced due to the effect of rain, but the market is now again stable. Earlier this year, the country was expecting a large increase in production, but due to “El Niño”, the results were disappointing. This weather phenomenon caused high temperatures during the flowering period, which caused the trees to suffer more stress. This resulted was the fruit not developing as well as desired. Due to the low content of dry matter in the fruit, the avocados ripened irregularly in the ripening room. The demand for Peruvian avocados in this season has been very good in several continents.

The Spanish domestic market works well right now with high demand boosted by the inflow of tourists. Consumption is growing between 15 and 20 percent annually. Avocado consumption is also growing fast in Europe, an average of 1 kilo per capita each year, and it is soon expected to reach 2 kilos per capita. Spanish production totals approximately 80,000 tons and productivity is between 5 and 7 tons per hectare. Fields in Spain are not growing at a fast pace because they are under close control, but hefty investments are being made in the modernization of avocado crops.

The seventh ranking exporter, the Dominican Republic, is preparing for the new season. Local consumption and exports are growing every year; thus, there is a search for opportunities to expand production. Permit to export to the United States has again been secured. Producers have received this news with relief, because the United States is a major consumer. Some common varieties for domestic consumption and for export are ‘Pollock’, ‘Semil’, ‘Choquette’, ‘Dr. Depuis’ and ‘Carla’. The most important variety is the ‘Semil’. The Dominican Republic ranks seventh among the largest avocado producers in the world. Production of this fruit in the country has grown by almost 14% between 2002 and 2014.}

Kenya has potential for production and export. In the case of ‘Hass’ avocados, Kenya has a potentially great production because it features the appropriate weather conditions. This variety hits the market in May, while the ‘Fuerte’ variety is available from March to September. Most producers are close to the capital, Nairobi. Thanks to improvements in production and logistics, it is now possible to export to the Middle East and the European Union. Kenyan avocados are shipped to different markets around the world, from Russia to Egypt. Exports are expected to continue growing in the coming years.

South Africa produces 40% less. The South African season is coming to an end, but for now, there are still good quantities available. There has been a shortage in South Africa this year; output volume dropped by 40%. The country suffered a severe drought and the impact of a hailstorm in early February in the region of Tzaneen, which literally knocked the fruit right off the trees. Producers are selling their products in various market segments to maximize their income. A portion of the avocados remains in South Africa and are used in industry. The export volume in 2016 is estimated at 12.8 million boxes, slightly over the 12.6 million boxes exported in 2015.

New Zealand’s season starts in August. Avocado harvest begins in mid to late August, depending on ripeness. The warm and wet autumn has had a positive effect on fruit and sizes are good. Last week, there was heavy rain and wind, but it is still early to determine whether the crop will be adversely affected. For now, quality and sizes are good. A good season is expected, with great prices and strong demand from Australia and Japan.

Israel increased production. Frost caused significant losses in Israel last season, but a good campaign is expected this year. It is believed that not all trees are fully recovered, but for now, the prospects are much better than last year. This is because the trees unaffected by frost will produce more and some of the younger plantations are now going into full production. This is a positive development, since demand in the country is growing. Last year, prices were high and this season is expected to reach good levels, probably with a certain degree of shortages in this product.

As for exports, expectations are also positive. This year, 100,000 tons are expected to be harvested, an increase of more than 10% compared to last season. Israel has become one of the leading players in recent years as a supplier to the European market. Avocados are considered to have great potential and therefore there is a greater acreage each year. The adult fields already exceed an area of 8,000 hectares and are expanding at an average of 200 hectares per year.

Europe: Good demand and good prices for avocados. Demand for avocados is good across Europe, with great consumption rates and high prices. This is because the supply from Peru is low. In addition, not much fruit coming from South Africa and the Brazilian season has already ended. Kenyan avocados have quality problems and the Chilean season has not started as yet. Prices in some European countries range between 11 and 13.50 Euros per box. It is anticipated that these market conditions will be maintained and consumption is likely to fall slightly if the price is too high, acting as a deterrent to consumers.

Italy: Avocados is a niche product. Despite growing demand, avocados remain a niche product in Italy. It is gaining demand, especially among those who place great emphasis on their health, and vegetarians. Italian importers claim that there is a critical shortage caused by the low quantities coming in this year. ‘Green Pinkerton’ avocados are hardly found, so consumers have to choose ‘Hass’ or ‘Zutano’ avocados. There are some South African avocados in the Italian market, but prices are very high. Some wholesalers do not import them because they do not have the money. Albeit a niche market, it is expected to grow in the coming years. There are also plans for growing more avocados within the country. The season will start in Sicily in September or October and it will last until April or May. Wholesale prices range between 2.30 and 4.30 Euros per kilo.

Belgium: Imports are complicated. A further shortage is expected in the coming months. The situation for imports will be particularly difficult in late August and September, because the Chilean harvest is expected in late September. Prices are currently on the rise. The acute shortage of fruit prevailing for a few weeks, has driven prices to astronomical levels. As for ‘Hass’ avocados, the market has been greatly affected by a limited new supply. In particular, South Africa has had a lower production as a result of hail. In addition, the country has also had to cope with a severe drought; thus, fruit sizes are extremely small this year. Peru has also suffered the impact of “El Niño”, which has resulted in smaller quantities shipped to Europe. In turn, the “El Nino” effect has been positive in Chile.

Netherlands: Avocados sell fast. Avocado prices are skyrocketing. There is a shortage of green avocados; ‘Hass’ avocados are enjoying a good market. Avocados sell fast and importers can barely meet their schedules. Prices are up to 13 Euros for ‘Green’ avocados, 12 Euros for ‘Hass’ avocados and 14.50 Euros for the ‘Ready-to-Eat’ variety. Importers also expect good market conditions in the short term. Total volumes are not greater than last year and for a few seasons, consumption is already growing faster than production, which largely explains, the difficult market conditions. In particular, the demand for ‘Ready-to-Eat’ avocados is increasing. Supply from Peru is not abundant, South Africa will continue to export until early October and exports have already begun from Tanzania and Kenya.

Denmark: Almost the entire product is the ‘Ready-to-Eat’ variety. This year, Denmark’s main supplier is Peru. On average, prices are 2 Euros more per box than last year. There was an obvious decline in demand in the market in June, but it recovered in early July. Given the fact that the Peruvian supply is presently limited, the gap is being filled with volumes from South Africa. Danish consumers do not like Kenyan avocados so much. The most demanded variety is the ‘Hass’ avocado, while the ‘Green’ type has a lower demand. Most retailers sell ‘Ready-to-Eat’ avocados and unripe avocados are rarely sold. Avocados usually ripen in the Netherlands and are then shipped to Denmark.