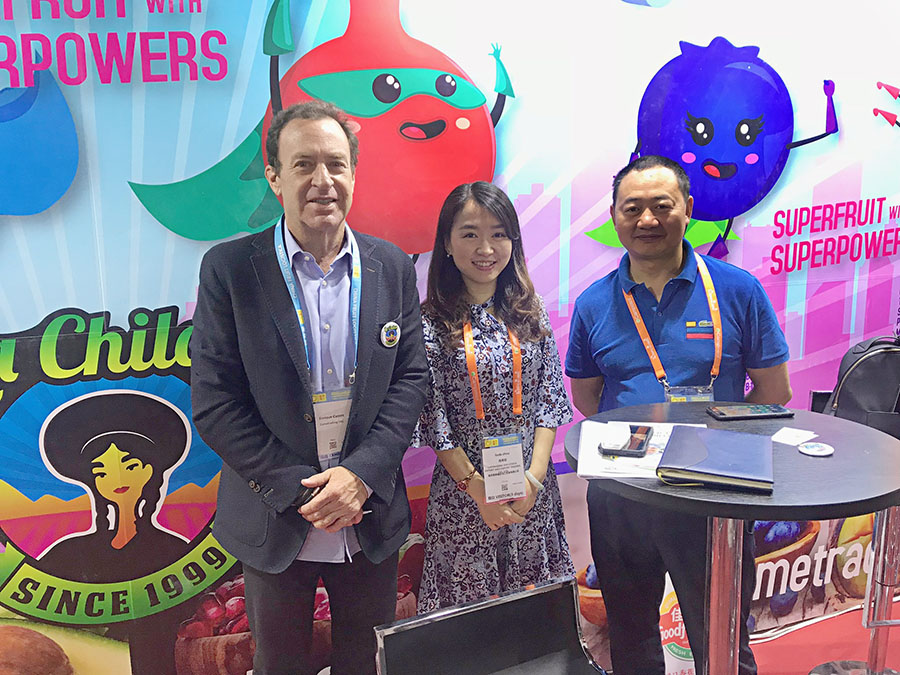 Camet Trading reinforces its commitment to expanding its business in Asian markets.


Camet Trading SAC has been developing the Asian market for Hass avocado since 2016. In its first year of operations it exported a total of 23 containers to China and Japan, and then in 2017, it increased its position to more than double, exporting 51 containers between both destinations. True to its objective of developing the Asian market for Peruvian Hass avocado, Camet Trading opened the Indian market last year, becoming the first company to send Hass avocado to India and positioning this flagship product in a market of 1.3 billion inhabitants.


The future is in Asia, says Enrique Camet, general manager of Camet Trading, adding that if only China or India start eating avocado, there will be no avocado in the world. It is not hard to imagine why he thinks this way, as these two destinations alone encompass a population of more than 2.7 billion inhabitants, and it is for this reason that the company is looking to further increase its position in those markets, and have projected to increase their shipments during the 2018 campaign to 118 containers.


Camet Trading was present at the Fresh Produce Mumbai fair in India and China Fruit Logistica Shanghai in China in April and May of this year, respectively. The objective was to introduce its importers to the promotional campaign Superfruit with superpowers, a campaign that seeks to promote the consumption of avocado and other fruits such as mango, mandarin, blueberry, pomegranate and table grape in Asian markets. The company is committed to a campaign that transforms fruits into superheroes and their nutritional benefits into superpowers.


We are giving an additional attribute to the fruit; now, in addition to being nutritious, it has personality, says Enrique Camet and explains we have to build on the paradigm that fruit is only nutritious, take advantage of the fact that eating healthy is fashionable and achieve an effective approach to the new generations that are looking for added value. The companys strategy is focused on providing its importers with the marketing tools to develop their respective markets. We want to provide them not only with top-quality products but also with the promotional tools to increase their sales, Mr. Camet explains, adding, because if they increase their sales, so do we. Camet Trading is a company committed to the development of international markets for avocado and other fruits such as mango, blueberry, mandarin, table grapes and pomegranate. It has been part of the multinational Westfalia Fruit International since December 2016 and operates in 16 regions of Peru.